”Nor does this conclusion by any means suppose a superiority of the judicial to the legislative power. It only supposes that the power of the people is superior to both; and that where the will of the legislature, declared in its statutes, stands in opposition to that of the people, declared in the Constitution, the judges ought to be governed by the latter rather than the former. They ought to regulate their decisions by the fundamental laws, rather than by those, which are not fundamental. [Emphasis added]“

”It can be of no weight to say that the courts, on the pretense of a repugnancy, may substitute their own pleasure to the constitutional intentions of the legislature. This might as well happen in the case of two contradictory statutes; or it might as well happen in every adjudication upon any single statute. The courts must declare the sense of the law; and if they should be disposed to exercise WILL instead of JUDGMENT, the consequence would equally be the substitution of their pleasure to that of the legislative body. The observation, if it prove any thing, would prove that there ought to be no judges distinct from that body.” [Emphasis added]

Thomas Jefferson in a letter to William Jarvis September 28th 1820 about the constitution wrote:

“I feel an urgency to note what I deem an error in it, the more requiring notice, as your opinion is strengthened by that of many others. You seem in pages 84 and 148, to consider the judges as the ultimate arbiters of all constitutional questions; a very dangerous doctrine indeed, and one which would place us under the despotism of an oligarchy. Our judges are as honest as other men, and not more so. They have, with others, the same passions for party, for power, and the privilege of their corps, Their power [is] the more dangerous as they are in office for life, and not responsible, as the other functionaries are, to the elective control. The Constitution has erected no such single tribunal, knowing that to whatever hands confided, with the corruptions of time and party, its members would become despots. It has more wisely made all the departments co-equal and co-sovereign within themselves.” [Emphasis added]

See [Exhibit 3].Excerpt from the writings of Thomas Jefferson.

Stop here and consider for a minute that at the time of Jeffersons letter the average life expectancy was a ripe old age of 37. Additionally, the case of Marbury v. Madison had established  precedent

“The solution he chose has properly been termed a tour de force. In one stroke, Marshall managed to establish the power of the court as the ultimate arbiter of the Constitution, to chastise the Jefferson administration for its failure to obey the law, and to avoid having the court’s authority challenged by the administration.”

From 1789 until 1855 all monetary claims based upon a congressional statute, an executive branch regulation, or a contract with the United States Government were handled by petitions to Congress.

In 1855 (10 Stat. 612) Congress established the Court of Claims to relieve its own workload. In 1861 at President Abraham Lincoln’s insistence congress granted the court of claims the essential judicial power to render final judgments in response to President Lincoln’s’ insistence in his annual message to congress in 1861 that

“ It is as much the duty of Government to render prompt justice against itself, in favor of citizens, as it is to administer the same, between private individuals”

See history on the Court of Federal Claims website.

The Administrative Procedures Act was born in a contentious political environment between 1933 and 1946 as detailed in the 1946 U.S. House of Representatives report detailing a “painstaking and detailed study and drafting” Based on one study, President Roosevelt commented that the practice of creating administrative agencies with the authority to perform both legislative and judicial work

In 1994 while the USDA was besieged with Civil and Criminal allegations President William Jefferson Clinton signed into law the Department of Agriculture Reorganization act of 1994. Subsequently, Mike Epsy then Secretary of Agriculture promulgated into law the National Appeals Divisions, See Title 7 Part 11 of the Code of Federal Regulations (CFR). The Secretary then promulgated into law that the Federal Rules of Evidence shall not apply to proceedings under the National Appeals Division. See Title 7 CFR 11.4(b).

Update – 3-17-2016- It’s important to note here that at the time President Obama’s Vice President Joe Biden was head of the Senate Judiciary committee. President William Jefferson Clinton’s Vice President Al Gore an environmental activist. Senator Joe Biden and Senator Barrack Obama cosponsored the Piggford v. Glickman settlements. If you don’t see the connections your blind! The good ole boy network of the ABA is at work rapping, robbing, and destroying the lives of small farmers by usurpation of the Constitution and the Judiciary.  After this legislations enactment  Judge Edward J. Damich was appointed to the Bench by William Jefferson Clinton in 1998 to the  Intellectual Property Counsel for the Senate Judiciary Committee. May he have assisted in the legal construction of this criminal enterprise? See :Integrity & Independence in the Federal Judiciary ?

The Secretary of Agriculture is a Cabinet Member reporting directly to the President of the United States, which at that time was notably President William Jefferson Clinton. A President I might add who was a lawyer himself and was prolific at getting Federal, State, Appellate, and Supreme Court Justices into seats on the bench.

At this point the Secretary of Agriculture, reporting directly to the President had the United States Department of Agriculture USDA, and the NAD under his direct control  having eliminated the Federal Rules of Evidence.

Now you have an Executive Branch of the US Government with the power of all three branches of Government! Thomas Jefferson is rolling over!

President William Jefferson Clinton with Executive control of the Department of Agriculture. The USDA an Agency with administrative ability to promulgate into law under the code of federal regulations with the same force of law as statutes, and the National Appeals Division (NAD) also a division of the Department of Agriculture performing the Administrative Judicial functions. Where the Federal Judiciary will grant the USDA Chevron Bias to rewrite the laws to support NAD rulings. 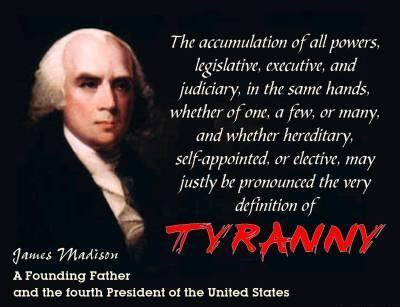 The only check on their power citizens now have over the department of Agriculture is Judicial review in Federal Court.

The Judiciary had at the time already begun exploiting precedent regarding  administrative agencies giving them extraordinary powers to interpret their own rules with Auer and Chevron Deference!

America has an Executive branch with the powers of the Executive, Legislative and Judicial branches and more disturbing, the Judiciary on review granting them the power to simply rewrite law to avoid accountability or responsibility for their lack of compliance with the laws they promulgated. Has the Judiciary and Executive branch of government become co conspirators?

For anyone following along understand USDA administrative procedures under NAD are written and designed for these two goals. The first is to eliminate any appearance of financial damages with deference. The second is to ensure any criminal complaint is kept out of the proceedings leaving the appellant to pursue court action under the FTCA. Having eliminated the financial damages with deference the court will look the other way claiming no harm “financial harm” no foul. As if the crimes played no role in the whole scam.

This is simply an intentional usurpation of the United States constitutional segregation of power! It is an unconstitutional act of treason. This is the Nations Food Supply, Massive Farm Loan Programs, Food Safety Inspections, Food Nutrition Services, the Nations National Forest and Parks, controlled by an Executive branch with unrestrained power! Has congress allowed such for other Agencies of Government?

”judicial deference to agency interpretive rules cannot be squared with the constitutional structures of separation of powers, and checks and balances.”[Emphasis added]

Justice Thomas in particular provided a thorough and compelling review of the reasons why the Constitution separates powers between the three branches, and the evils that come from undivided government power.

Since the passage of the Agriculture Reorganization Act, NAFTA an signing of U.N. Agenda 21, all under William Jefferson Clinton, over 2 million small farmers have been displaced or bankrupted. Tom Vilisack of the USDA recently bragged farmers have declined by 22 million and farm land reduced by 23%. see Full Committee Public Hearing on State of the Rural Economy.2-24-2016.

Jefferson’s letter to William Jarvis in 1820 was prophetically spot on. The Judiciaries dangerous power coupled with passions for party, power, and privilege of their corps has erected and conceded us all to the hands of a single tribunal, turning them into despots placing We The People under the despotism of an oligarchy.

And I believe the true oligarchy is none other than the Fraternal order of lawyers > Judges and legislators in conjunction with their placement in Executive offices. I suggest you read my post

While a left leaning liberal, I Cannot Support Hillary

Bernie Sanders has said after more than 25 years in office our Government is corrupt and powered by the influences of money and greed. Former President Jimmy Carter, as fine a man as I know has said our Government is no longer a Democracy but an Oligarchy. Jimmy Carter: The U.S. Is an “Oligarchy With Unlimited Political Bribery”

This country is seriously in need of a revolution which takes back our Government from the power of greed and the fraternal order of lawyers. We need to vote in a President, Congress, and Senate with few lawyers. Some would say I’m guilty of profiling lawyers. But, the facts speak for themselves, You want to be respected even honored you need to be honest, honorable, transparent, and remove the secrecy from behind closed doors. You need to be held accountable and responsible especially where your poking your hands in the publics interest.

You won’t respect? Earn it!

Because the rules don’t require it Judge Edward J. Damich Denies a request to affirm he has taken the oath of office and intends to abide by it. I never saw him take that oath. Given 4 Federal judges and 2 State Judges have not  followed the law in my legal battles with the U.S. Government. I expect the judge to affirm his intention to abide by the law upfront I want a promise of due process before they steal more of my life.

This is not in your favor. By Order of Judge Edward J. Damich.Note: Judge Damich was appointed to the bench by none other than William Jefferson Clinton.

Most of this information was part of my reply brief to the Governments Motion to Dismiss under Rule 12b. I believe Judge Damich should recuse himself. What do you think?

Update – 2-12-2016 – Federal, State, District, and National courts are not and have not been abiding by federal law. Our government is operating criminal racketeering operation and the media will not report it. I believe they are now after me I will not wind up like Andrew Brietbart. If approached by law enforcement I will not go like the quarry slave at night sustained and soothed by unfaltering trust. Law enforcement should be after the real criminals the corrupt lawyers, legislators, running our government and our courts.

Not a Pro Pro Se per Se.