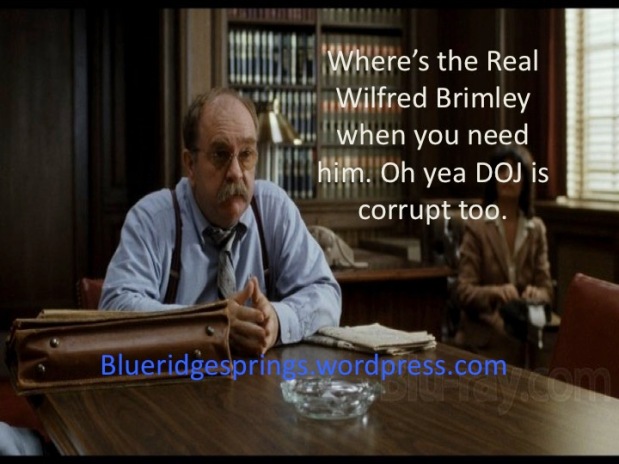 In this post I used the following references, and as such, I’m relying on their content, This should stand as a good faith effort to ensure this post is within the Law. That is, its legally done. These linked articles are listed in order of relevance and reliance 1.9 Tips To help You UnderStand Criminal Threat Laws by Aizman Law Firm .2. Criminal Threats  by Nolo 3. “What are Criminal Threats and The Defences to This Charge” by Greg Hill Associates.

Why would I want to threaten anyone. Well its like this, I’ve been attempting to get justice from the U.S. Government specifically the USDA for almost three years now. I was locked out of the Mortgage market in 2011 as a result of the negligence and fraud of our To Big to Fail institutions, whose criminal activities gave us Dodd Frank legislation. I was told by the SBA I would need to work with the USDA because my business model involved farming. I was forced into homelessness because of criminal negligence, fraud, and discrimination by the FSA a division of USDA. The DOJ, I believe as counsel for USDA began an immediate program of cover up and denial. The NAD also a division of the USDA violated my constitutional rights and the law to protect the USDA from the criminal allegations. I took my case to Federal Court where Superior Federal District Judge Jackson L. Kiser also covered for the USDA with lies, deceit , deception and outright criminal denial of my constitutional rights. The Fourth circuit court of appeals simply passed on these acts without comment and the U. S. Supreme court denied certiorari. Please refer to the earlier blog post for details on these and other allegations I would like presented to a jury. Update March 27 and now once again criminally blocked in the courts by the Just Us System! Case # 1:15-cv-01344EJD the court of No Conscience!

I have from the beginning sought help with these crimes against my family from all of the major media outlets, the  ACLU, FBI,CIA, HomeLand Security, my congressman, my senator, the Inspector Generals office other congressmen and senators and even written the President of the United States multiple times. The White house has not responded now after 5 months to my most recent communication. Read the letter on the blog also posted on Whitehouse.gov.

Not one Agency, Not one Media outlet, has attempted to discuss the facts of these allegations with me or anyone in my family. Just like FSA personnel never asked a single question or even pulled a credit report before denying the loan application on a farm I already owned and had put 5 years of work into. Just like the “USDA”Office of inspector General which conducted and closed an investigation of Fraud, Negligence, and discrimination without ever asking me or my family a single question. There’s  always two sides to every story!!

I have have been raped by the U.S. Government, robbed by the USDA and the Federal Judiciary the evidence of these facts can be found in the court filings on the dockets for the Federal District Court of Virginia Western District Danville, the fourth circuit court of appeals, and the Supreme court filings. Additionally, I have written and provided evidence of many, but, by no means all of them on this blog.

The USDA, The Federal Courts, and the District courts have committed  numerous Federal  criminal offenses against me and to date. I have been denied my constitutional rights repeatedly.

My family and I are suffering daily under these criminal and unconstitutional actions of the U.S. Government and the U.S. Federal Judiciary. I’ve seen the degree to which they’re willing to ignore my constitutional rights and willing to commit criminal acts to do so. I intend to face the Government in Federal Court numerous times in the months, weeks, and years ahead. So I make this threat although, not a criminal one, Ironically for the express purpose of attempting to prevent more crimes against me and my family.

Does this post rise to the level of a criminal threat? Well it’s  certainly done in writing and by electronic means. However, It will not be directed at any specific individual, and it will be seriously questionable whether it can be taken as a believable threat. Read on for defense of this argument.

END_OF_DOCUMENT_TOKEN_TO_BE_REPLACED

I am not a lawyer. I have a formal education and decades of experience as an accountant / analyst. I trained and became a computer programmer and managed financial technical teams and business analyst teams for some of the largest financial consolidations in US history. Although, I’m not a lawyer I’m now representing myself against the largest most funded legal council arguably on the planet.

Although, this is my first, hopefully only legal escapade of my life, I spent most of my career analyzing rules. True they were not the law necessarily but they always involved seeking the truth. Rules for the, Financial Accounting Standards Board FASB. Internal Revenue Service IRS,  Federal Regulatory Reporting for the Office of the Comptroller of the Currency OCC, Programming rules requiring that no application of logic ever abended. Consequently, I have a great deal of experience reading, comprehending, and applying rules for truth, presentation and understanding, that had to balance.

However, I find myself having issues with the application of Federal Rules of civil procedure in the Fourth District Federal Court System. I contacted the Fourth Circuit Court of Appeals. This court promptly directed me to the Judicial Conduct & Disability page of their web site. While I did not find my complaint apropos to the application of these rules. I would like to aver arguendo the rules obfuscate the requirements for a legitimate complaint to be usurpation with despotic and haughtier transgression of the common man.  The sites assertion “Almost all complaints in recent years have been dismissed because they do not follow the law about such complaints” is preponderantly unassailable axiomatic evidence that the obfuscation of the enigmatic rules serves  as usurpation of Due Process making the court Un reproachable. In my humble opinion a Sine Qua Non obligation to reform the rules to clarity, a constitutional right of due process.

UpDate 4-21-2017 – I want it understood, the rules referred to in this post were at some point in time after its posting changed and are far more comprehendible today. Although, I suspect few can follow them to satisfy the court still. The Court will dismiss any criticism of any judge or court to defend the integrity the court does not really have.